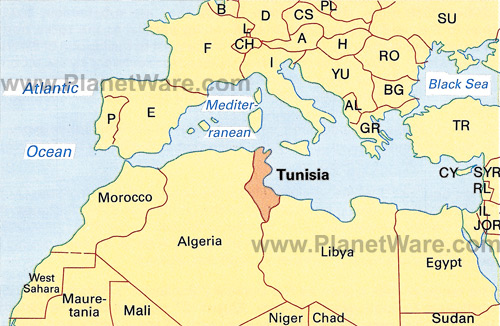 Tunisia is officially called the Republic of Tunisia. It was historically part of the Roman Empire, later conquered by Arab Muslims, and then part of the Ottoman Empire. Tunisia was then part of the French Empire from 1881 to 1956, when it gained independence. The country underwent a revolution in 2010, which overthrew the previous ineffective government, established a secular government, and catalyzed the Arab Spring in nearby countries.