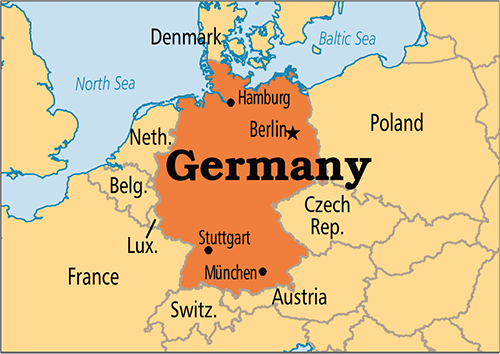 Germany is officially called the Federal Republic of Germany. The area was first settled by Germanic tribes in around 1000 BCE. It was then part of the Holy Roman Empire from 800 to 1806 CE. The German Confederation was formed in 1814, and Germany was unified into the German Empire in 1871. In 1918, Germany was declared a republic. In 1990 Germany was reunified (from the effects of WWII).