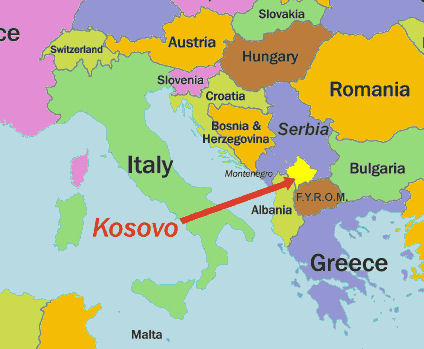 Kosovo was not on my original list, as its status as a country is highly disputed. Its official name is the Republic of Kosovo. They unilaterally declared independence from Serbia in 2008, but Serbia still recognizes it as one of its autonomous provinces. 107 UN member states recognize Kosovo as a sovereign state. It was also previously part of the Roman and Ottoman Empires. It was then part of Yugoslavia, but was then placed under UN administration after the Kosovo War of 1999.