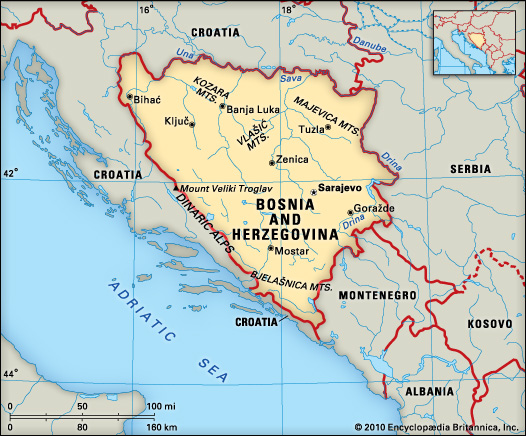 Bosnia and Herzegovina was previously called Bosnia, until it was occupied Ausria-Hungary in the 19th century. Herzegovina was a geographical region that was merged with Bosnia to form its current state. The population is comprised of three distinct ethnic groups, the Bosniaks, Serbs, and Croats. The Bosnian War took place from 1992-1995, after Serbia and Croatia declared independence. There have also recently been anti-government protests in 2014, dubbed the Bosnian Spring.

It has an area of 51,197 sq km, a population of 3.8 million, and a high HDI of 0.735. The country also have high education levels and is one of the most frequently visited countries in the region.