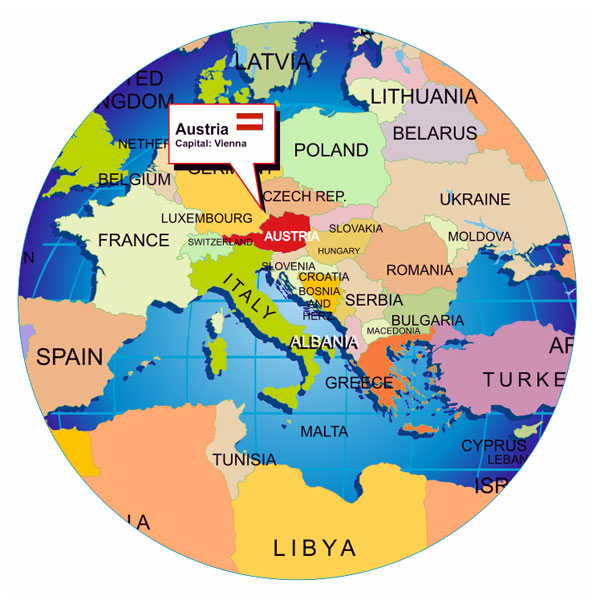 Austria is officially called the Republic of Austria. The region is highly mountainous, and was first inhabited by various Celtic tribes. It was later a province of the Roman Empire. It has an area of 83,871 sq km, a population of 8.5 million, and a very high HDI of 0.895.

Freud, Mendel, Gödel, Schrödinger, and many more were Austrians.