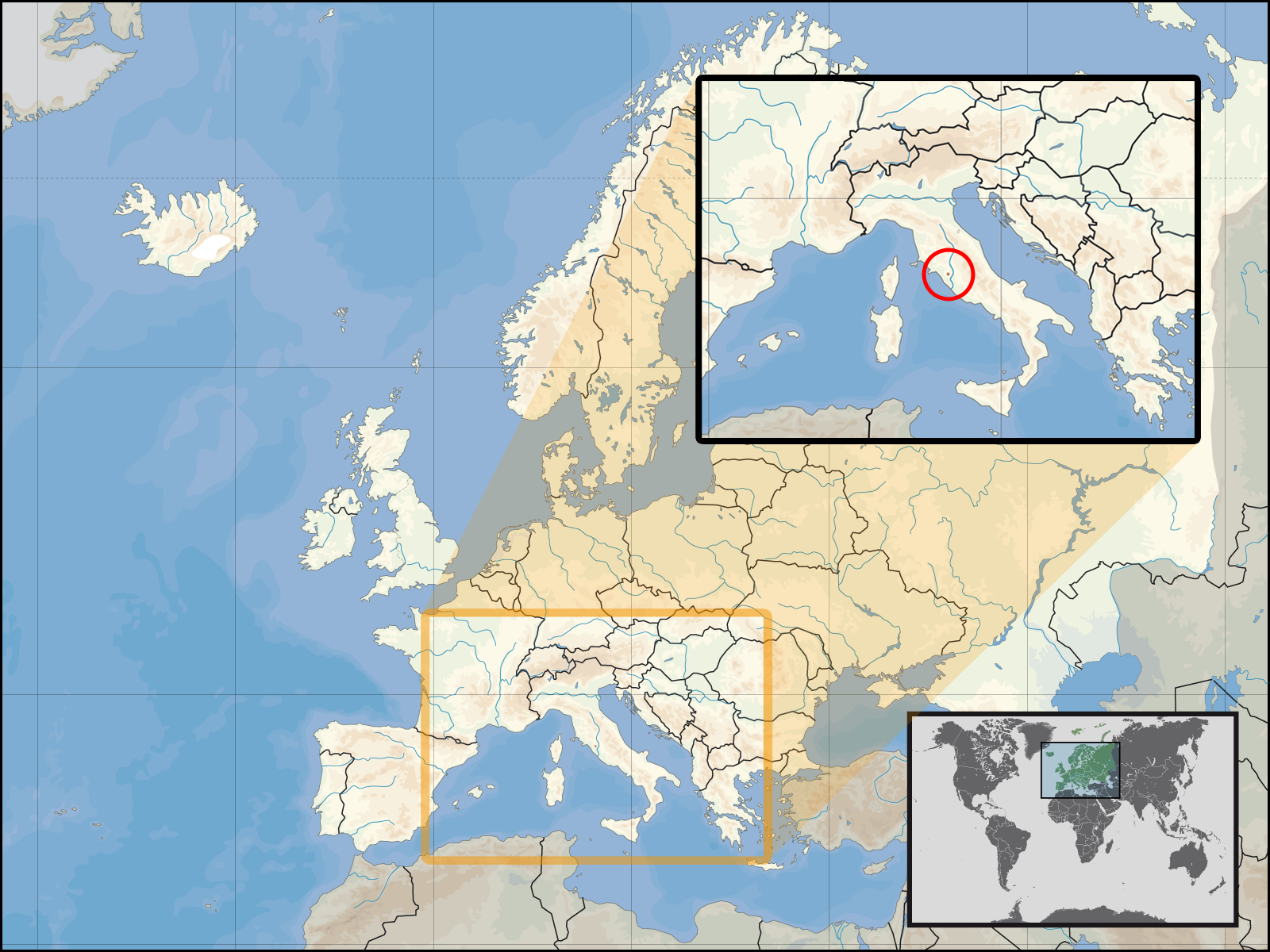 Vatican City is officially called Vatican City State, which is the smallest sovereign state in the world. It is located inside the city of Rome (capital of Italy). Vatican City is a absolute monarchy, with the head of state as the Pope. It was first established in 1929, and is the center of the ecclesiastical jurisdiction of the Catholic Church, the Holy See. The Holy See is also viewed as analogous to a sovereign state, but is distinct from Vatican City. It has an area of 0.45 sq km and a population of 839.