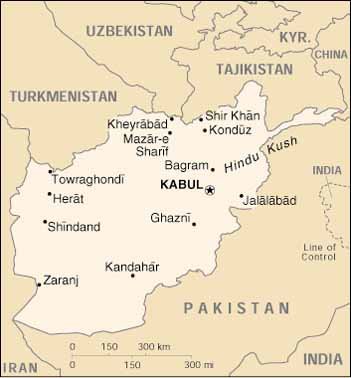 Afghanistan’s official name is the Islamic Republic of Afghanistan. Historically, it was located in the middle of important trade routes (the Silk Road) between Asia, Europe, and the Middle East. They have also been invaded frequently in history, and after the Soviet occupation of Afghanistan, various Afghan warlords began fighting for control over the country, which led to the Taliban (an extremely conservative Islamic group) taking over. The Taliban government was harsh, oppressive, and unwilling to appease foreign powers, most notably refusing to hand over Osama bin Laden to the United States. As a result, the US began a war against the Taliban in Afghanistan.