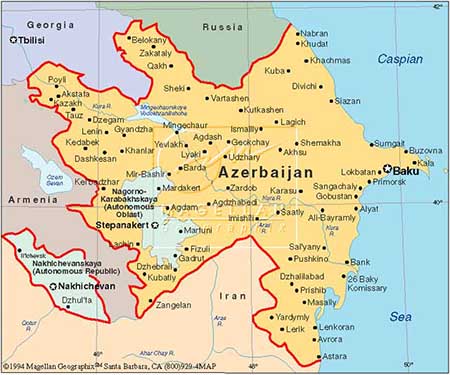 Azerbaijan gained its independence from the Soviet Union when it ended in 1991. The nation has been under Muslim influence in the Arab conquest in the 7th century, and its largest religion is Islam. Relatively many Azerbaijanis received some higher education, and its literacy rate in 2009 was 99.5%.

The Nakhchivan Autonomous Republic is a landlocked exclave, separated from the rest of Azerbaijan by Armenia.