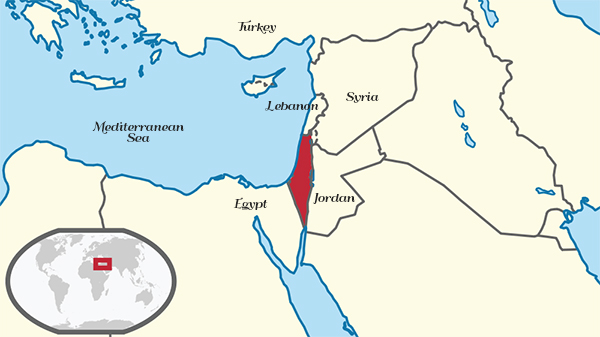 Israel became an independent nation in 1948 as the only Jewish country. There are currently ~17 million Jews in the world.

Around 100 CE, the Romans destroyed Jerusalem (capital), and forced many to leave Israel – which is called the Diaspora. Part of this forced migration formed the area now known as Palestine.

Currently, there is political and military conflict between the areas of Israel (identifying as Jewish) and Palestine (identifying as Arabs), over claims to the same territories. A proposed solution is to create an independent Palestine state alongside Israel.