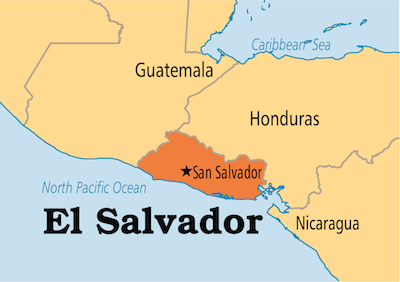 El Salvador is officially called the Republic of El Salvador, and is the smallest and most densely populated country in Central America. The colón was its official currency until 2001, when it adopted the US Dollar. The region was previously a Spanish colony and gained independence in 1821.