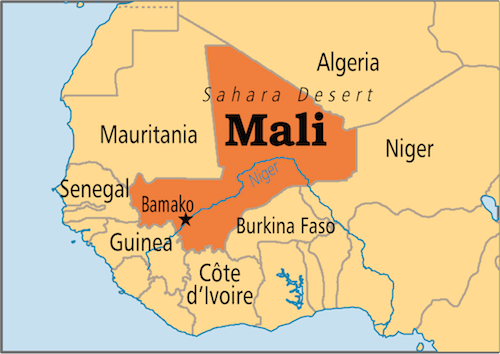 Mali is officially called the Republic of Mali. Mali was historically a powerful empire that controlled trans-Saharan trade. It was later part of the French Empire, until it gained independence in 1960. Mali then underwent several revolutions, the latest in 2012.