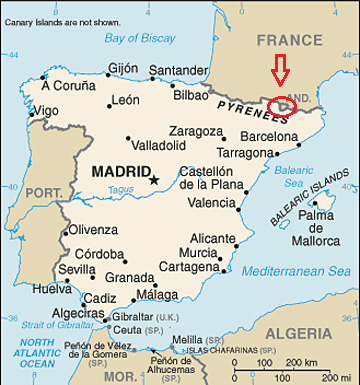 Andorra is officially called the Principality of Andorra. Its official language is Catalan, and the present Principality was formed in 1278 CE. Its main industry is tourism. It is a monarchy headed by two co-princes, the Roman Catholic Bishop of Urgell and the President of France. Thus Andorra is heavily tied to both Spain and France.