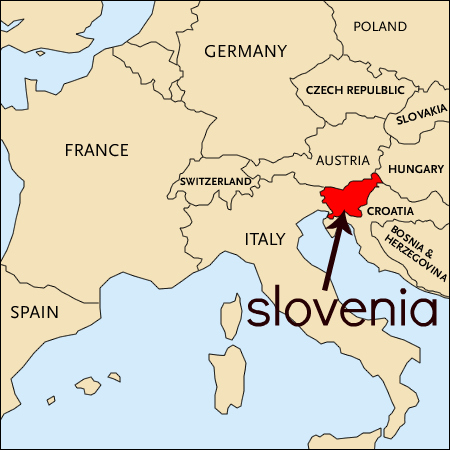 Slovenia is officially called the Republic of Slovenia. It was first inhabited by Celtic tribes, and was also part of the Roman Empire and the Austro-Hungarian Empire. It was also formerly part of (the Socialist Federal Republic of) Yugoslavia, until it split and became independent in 1991. Slovenia has a developed economy and is the richest of the Slavic states. It has a total area of 20,273 sq km, a population of 2 million, and a very high HDI of 0.892.