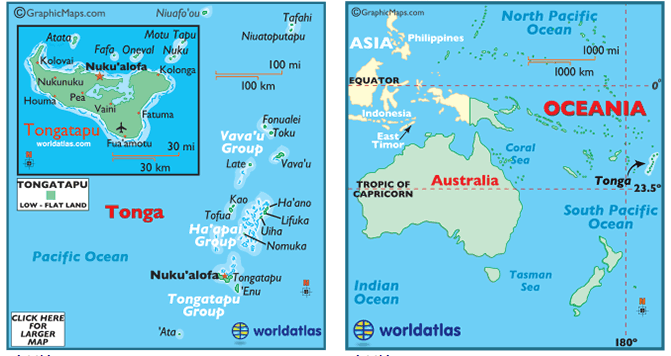 Tonga is officially called the Kingdom of Tonga. It is an archipelago consisting of 176 islands, of which 52 are inhabited. The region was first inhabited around 1500 BCE. Tonga has never lost its sovereignty to a foreign power, and is a constitutional monarchy. It is a strongly Christian country. It has an area of 748 sq km, a population of 103,000, and a medium HDI of 0.710.