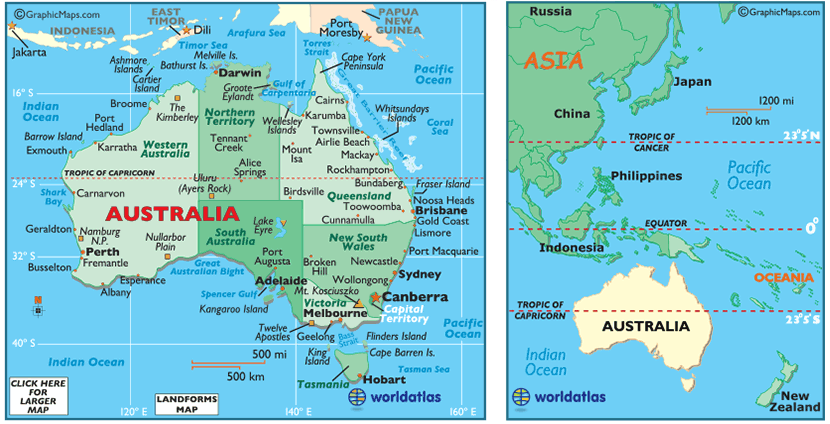 Australia is officially called the Commonwealth of Australia. It is the sixth largest country in the world by landmass. The area was first inhabited by the Australian Aboriginal people in approximately 50,000 BCE. It was first discovered by a Dutch exploration team in 1606, and in 1770 Britain colonized the eastern half of Australia as a penal colony. In 1901, the colonies federated, forming Australia as it is now. It has an area of 7,692,024 sq km, a population of 23 million, and a very high HDI of 0.938.

80% of the population lives on the east coast.