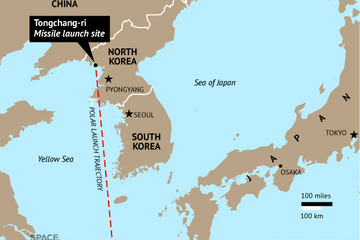 North Korea is officially called the Democratic People’s Republic of Korea. Their government is a Juche unitary single-party state. They have a total area of 120,540 sq km and a population of 24 million. In the 1990s, North Korea suffered from a famine and continues to struggle with food production. It was ranked the least democratic country in the world. North Korea is the world’s most militarized society, with a total of 9,495,000 military personnel.

Brief history: Before 1910, Korea was one country. From 1910 to 1945 (end of WWII), Korea was annexed by Japan. After Japanese rule ceased, the northern part of the Korean peninsula was occupied by the Soviet Union, and the southern half was occupied by the US. A UN-supervised election in 1948 created two separate Korean governments. This led to the Korean War in 1950. An armistice was signed in 1953 but both nations are still at war. Both are recognized as sovereign states by the UN.