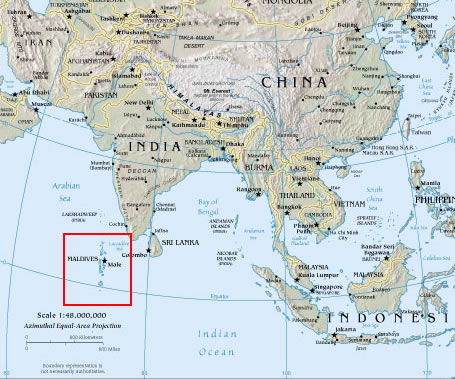 The Maldives is officially called the Republic of the Maldives, and is an archipelago island to the southwest of India. For the majority of its history, the Maldives was independent, except when briefly colonized by the Portuguese Empire, the Dutch Empire, and the British Empire (separately). It gained independence from the UK in 1965. Its official religion is Islam, but was historically a Buddhist country. It has a total area of 298 sq km and a population of about 393,000. It has a medium HDI of 0.611.

A huge concern for the Maldives is climate change and rising sea levels. The nation has announced plans to purchase land in India, Sri Lanka, and Australia due to the inexorable submerging of land.