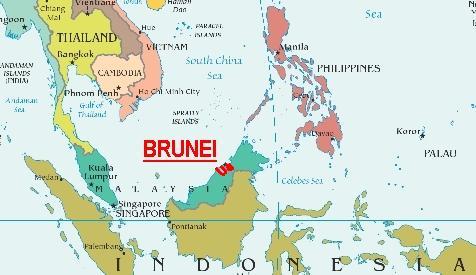 Brunei is officially called State of Brunei, Abode of Peace. It has a very high HDI of 0.838, and the Sultan of Brunei (autocrat) is one of the wealthiest individuals in the world, due to Brunei’s oil and natural gas reserves. It is ranked fifth in the world by GDP at PPP, and has a public debt of 0% of the national GDP. The country has a total area of 5,765 sq km and a population of about 400,000. The official religion of Brunei is Islam.

Homosexuality is illegal in Brunei and punishable by death.