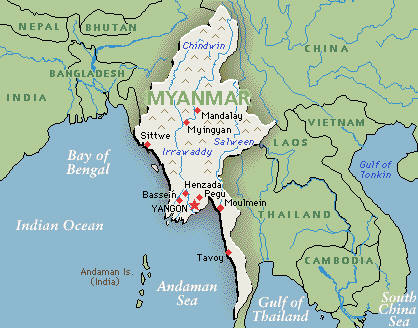 Myanmar was formerly named Burma, but the name was officially changed by their (military) government in 1989. However, the name is contested both inside and outside the country. Some groups within Myanmar do not recognize the legitimacy of the government and thus the naming. Many foreign governments continue to refer to the nation as “Burma”, while most international news media refer to it as “Myanmar”.

Myanmar has been inhabited by homo erectus as early as 400,000 years ago. The nation was colonized by Britain in 1886, and was then invaded by Japan during World War II. They gained independence in 1948 with a democratic government, but in 1962 a coup d’état took place, and military rule has persisted since.