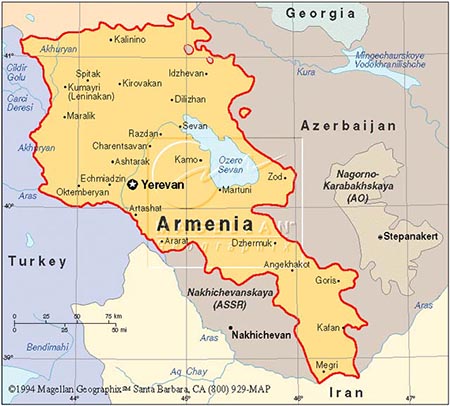 Armenia gained independence from the Soviet Union in 1991. Mount Ararat, the highest mountain in the region, used to belong to Armenia but is now in Turkey – but it is still a popular and official (national emblem) symbol of Armenia. There is an ongoing border dispute with Turkey and Azerbaijan, and thus the borders are now closed.