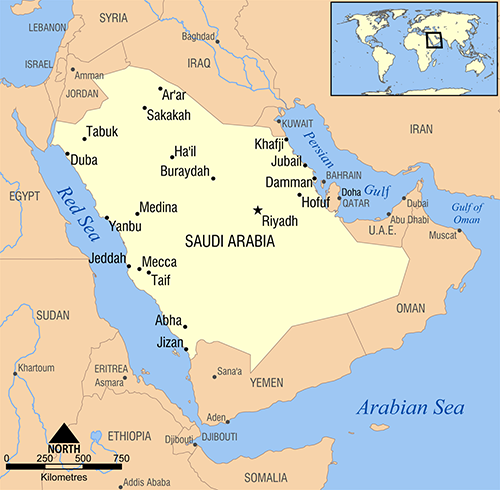 There’s quite a few interesting things about Saudi Arabia. It’s the largest nation in the Arabian peninsula and the world’s largest oil exporter (with the world’s largest petroleum reserves). Although the country is wealthy and has a welfare state, it has several notable human rights issues.

Most notoriously, women cannot perform many ordinary tasks (going to school, get health treatment) without the authorization of their male guardian, and cannot drive under any circumstances. Abayas must be worn in public. Polygamy is allowed for males, but not females.

Saudi Arabia is heavily religious and an absolute monarchy ruled by the Al Saud royal family. The Islamic holy cities of Mecca and Medina are also located here, drawing millions of Muslims annually as the destination of a holy pilgrimage.